Day 97’s assignment was “Make an invitation to an everyday event you wouldn’t normally invite people to. Bonus: Actually send them out.” 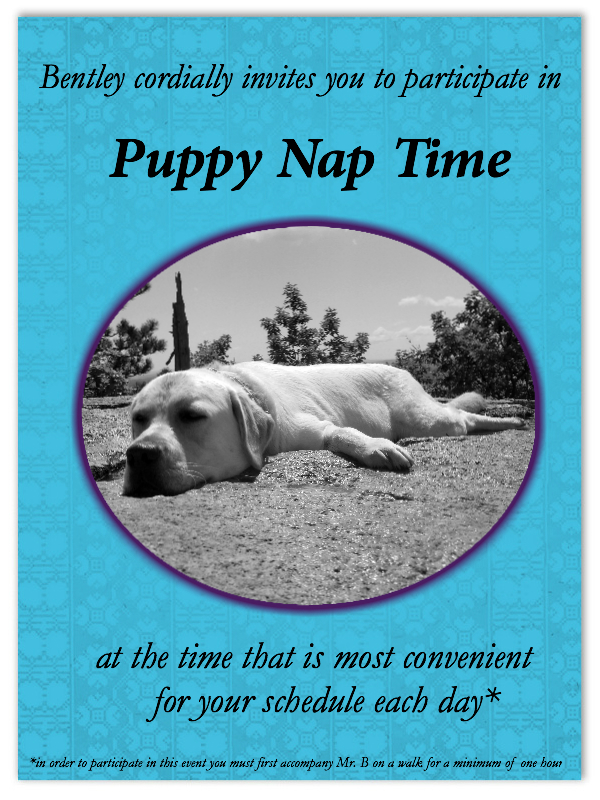 To make this I did a two step process. First I went into Pixlr and created a simple blank template which I then colored blue. Following this I went to Pixlr express and added the background and the white border. Then I crossed back into normal Pixlr and added the text and the photo (taken after a hike up a mountain when Mr. B was cooling himself off in a little puddle of rainwater).

Day 70’s assignment was: “Work only with numbers today. You could make an image using numbers, make something into number shapes, do something involving a calculator, or…?

Every time I get gas for my Honda Civic, I always write down how much money I spent, the # of gallons I got, price per gallons, and the mileage so that I can figure out my MPG. I tallied my results from 2011 and these are the results: END_OF_DOCUMENT_TOKEN_TO_BE_REPLACED

I was in Urban Outfitters the other day and stumbled across a postcard pack labeled “Unbridled Passion” by Franco Accornero.

It’s a collection of 30 different postcards from an artist who has painted more than 5,000 romance novel covers (as well as westerns, thrillers and sci-fi books). The postcards are really ridiculous on their own, but I thought for this Valentine’s day I would make them even funnier but adding my own captions.

That’s where the 2012 Valentine’s Day Caption Challenge for #ds106 comes into play: I challenge you to  make your own captions for these postcards! Not only will you help make V-Day funny, but you will also be completing DesignAssignment61.

As with most of the assignments I end up doing, they happen because I get distracted with my original idea with another idea, or a few more ideas. (ADD much? Or just inspired by greatness? O.o?)

So how did I end up making this poster for DS106 Radio?

Well it started with Patrick’s blog post about the assignment he created for creating your own album cover. Check it out for step by step details.

I loved the photo he ended up using because it’s the Santa Monica pier which I grew up near when I lived in California 🙂 and because of this I decided I should create my own album cover. I did the Wikipedia article randomizer to come up with the band name and after refreshing a few times  (the article titles I first got were really bad. And I mean REALLY BAD) it came up with: Casper Jørgensen (Casper is a Danish professional racing cyclist FYI)

Then I used the random quote generator and ended up with the phrase: “Survey the World”

Now for the photo, I tried using what Patrick suggested for getting photos from Flickr,  but I kept getting “All Rights Reserved” photos, so I headed to the Commons. The photo I ended up with wasn’t so random because I kind of scrolled through the photos, but I thought this was the funniest. Love that it’s part of an Australian war memorial and that the cat looks like it’s “surveying the world”

Now that I had my three ingredients for the album cover it was time for photoshopping. I was putting all of this together when I suddenly had a flash: Instead of putting Carl Jørgensen on this album cover, why not make a poster for DS106 radio? It would be more fitting for our class and all the radio lovers would go nuts for it.

So now instead of having another visual assignment under my belt, I have a design assignment done, woo woo! 🙂