This all started with today’s assignment for the Daily Shoot:

“Power plugs are ubiquitous. Can you make a creative photo of such a common thing?  #ds448”

It took me pretty much all day to figure out what I wanted to take a photo of because power plugs are so ordinary, I couldn’t think of any idea that wouldn’t look really trite. However, after looking a few photos that were already up I got an idea:

Luckily I was at home for the Superbowl and was able to find my phone and charger that I used when I was studying abroad in Australia last year (funny note: my phone which has been off since mid-July still has a 1/2 battery life!)

I took a lot of photos of putting the Aussie plug into the American outlet, but this is the photo I liked the best.

Then I was trying to think of something cool I could do with all the photos that I had left over from the shoot since some of them were kind of cool. Originally I was just going to do a complied screen shot, but then I noticed that all the image titles were numbers like: 2156.

I decided it would be funny if I made a song playlist poem for the photos, similar to what Colleen has done.

The poem turned out a tad more weird/creepy(?) than I thought it would be, but it was fun to have a different twist on the assignment! 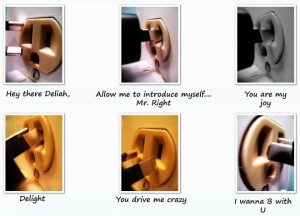 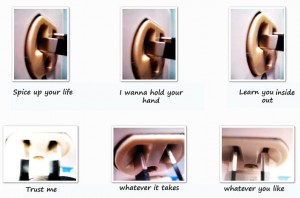 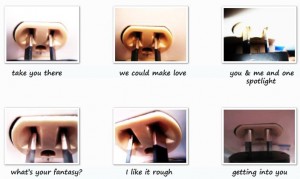 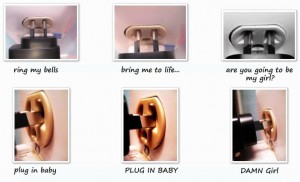 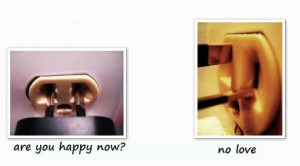