Normally death is an abstract concept to a young person such as myself. Thinking about burial plots, funeral costs and things of this nature is something that I would never even consider.

However, while on my #ChasingSummer roadtrip through the South I got a chance to talk with my two German friends about the various Germany VS. USA differences.  One difference I found fascinating was about German grave sites.

Now the reason this subject came up in conversation was because of our stop in Charleston, SC. I was informed by my Aunt that my Great-Great-Great Grandpa was a prominent member of the community back in the day and even had a wharf named after him (Adger’s Wharf). My mom had asked me to go to his gravesite and take photos since she is interested in geneaology. So off I went to the cemetery dragging my two German friends along. 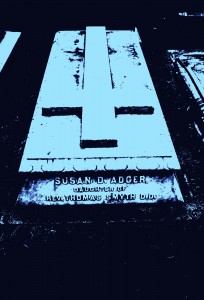 A relative from long ago

Here’s where it gets interesting. When we got to the site, my friends were astonished that although he had passed away in the late 1800’s his grave was still present. They asked me who was paying the rent on the space.

Hold on: Renting a grave site? What?! 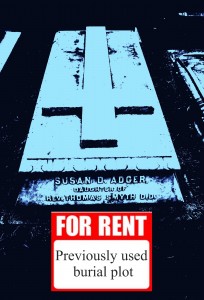 They explained that Christian graves in Germany are rented out to the family for a period of say, 20 years. After that,   the family has to pay more money for the space otherwise their stone will be removed and someone else is put in the spot. After many years (let’s say 60 +)  the members of the family (if there are any left) might stop paying, thus allowing a new person from a different family to be placed in their stead.

Now I can understand this because the country of Germany is many years older and is a lot smaller than the US. But seeing as how people here generally stay in the place they are originally buried, this seems a little odd to me.  I told my friends that you can find graves here dating back to the 1600’s and that keeping the graves makes it a lot easier to trace family history.

We can trace our family back to settlers on the Mayflower

However, I can definitely understand why families might stop paying for the gravesite of the deceased after a certain time. For instance, take my Great-Great-Great Grandpa’s grave. If we followed the German system and it came time for renewing his rental “lease” I probably wouldn’t do it. I know nothing about him, I don’t live in South Carolina and besides he’s been dead for over a century.  Now if it came time for the rental “lease” on my Grandpa’s grave to be renewed, I would definitely do it since I grew up with him and it’s nice to “visit” him once in a while.

According to article I read renting a burial plot in Germany ranges from $900 to $5,000 (EU) for 20 years. Comparatively, in the US burial plots can be bought anywhere from a range of $1,000 USD upwards to $10,000 USD as shown by this website. It’s all about location, location, location!

I find all of this sort of funny because this is something I would probably never have known about if it hadn’t been for being at this place, at this time with some Germans.

It’s definitely something interesting to think about, especially if I ever set a story in Germany!

For more information about Germany’s burial practices check out this informative article.