Day 31’s assignment was “Make a path for people to follow and invite people to try it out”.

This to me translated into make a scavenger hunt! I decided to make it for my dad to cheer him up since he was sick with a cold.

I left the first clue on the kitchen table and let him go from there.

Clue #1: The most famous escape artist of his time. Can you find him in the collection Wikipedia has replaced? 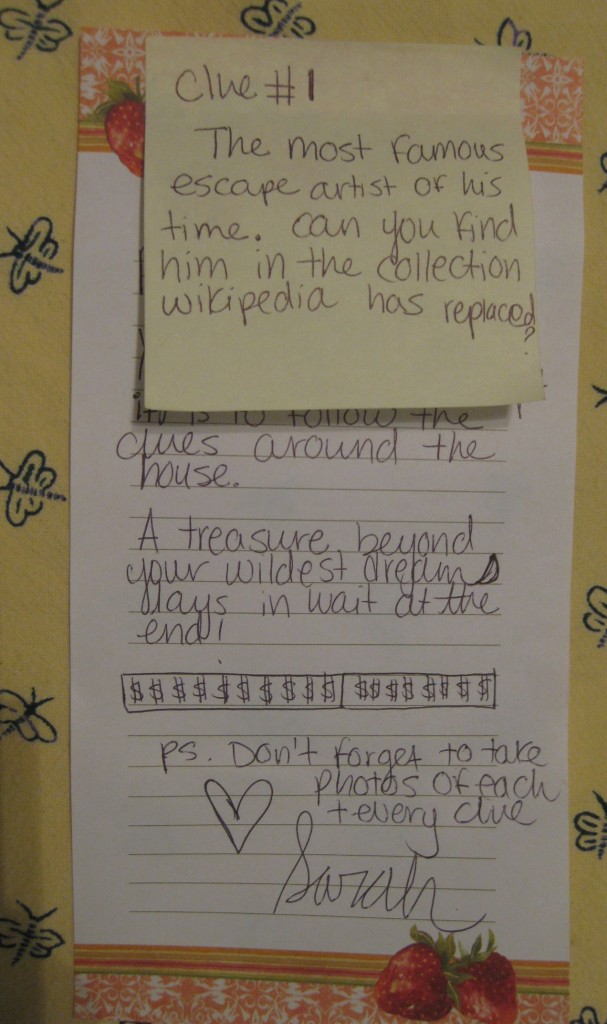 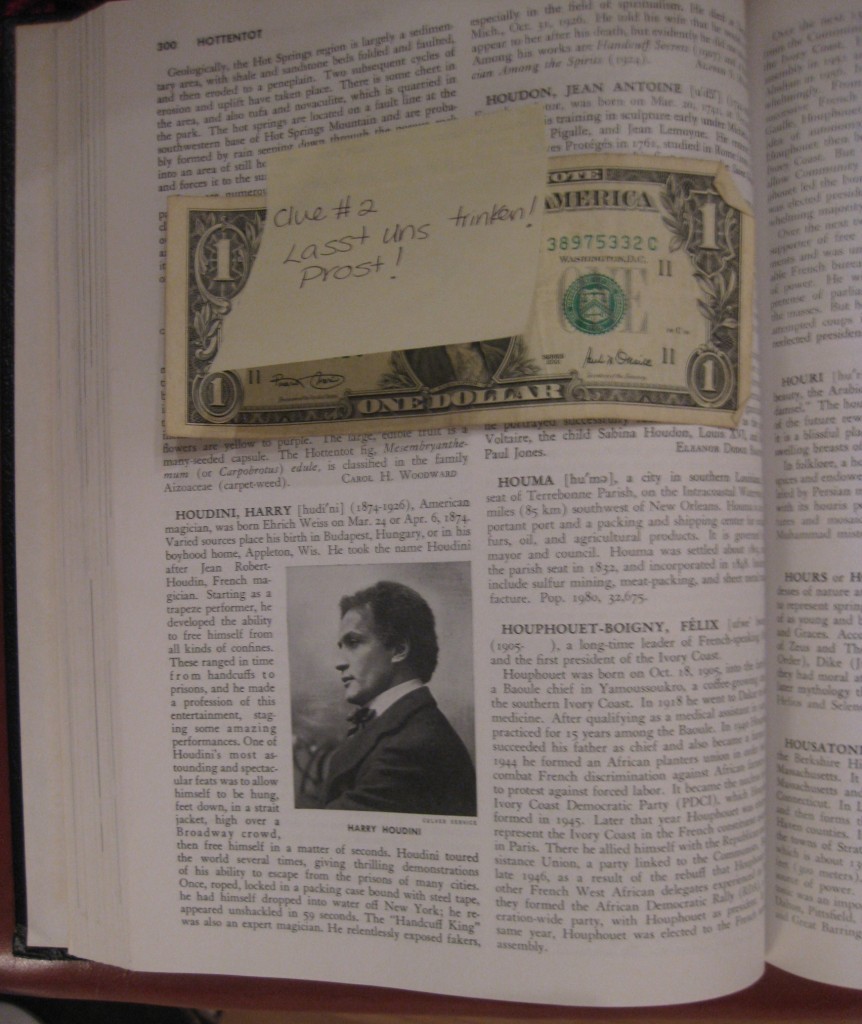 When translated from German: “Let’s us drink!  Cheers!” This references an antique German beer stein we have on display in the living room. 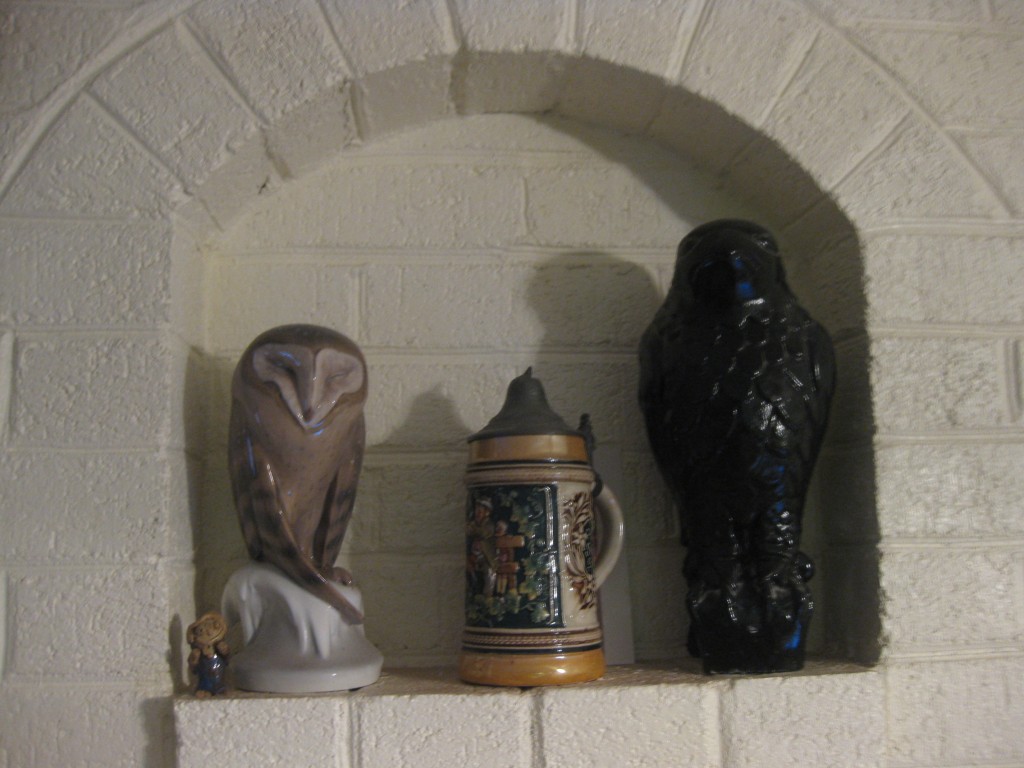 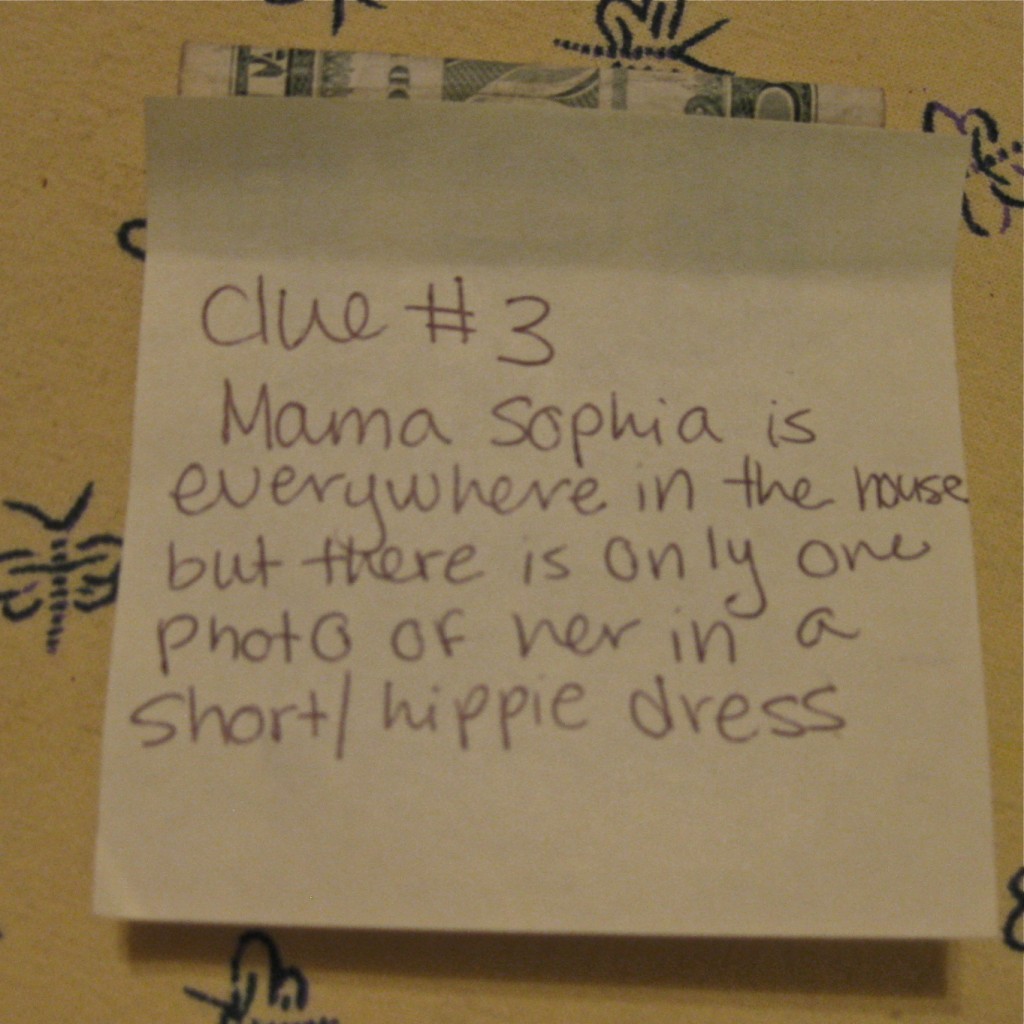 Clue #3 Mama Sophia is everywhere in the house but there is only one photo of her in a short/hippie dress.

My Dad had to go downstairs to his office and look behind the photo of my mom during her hippie years. 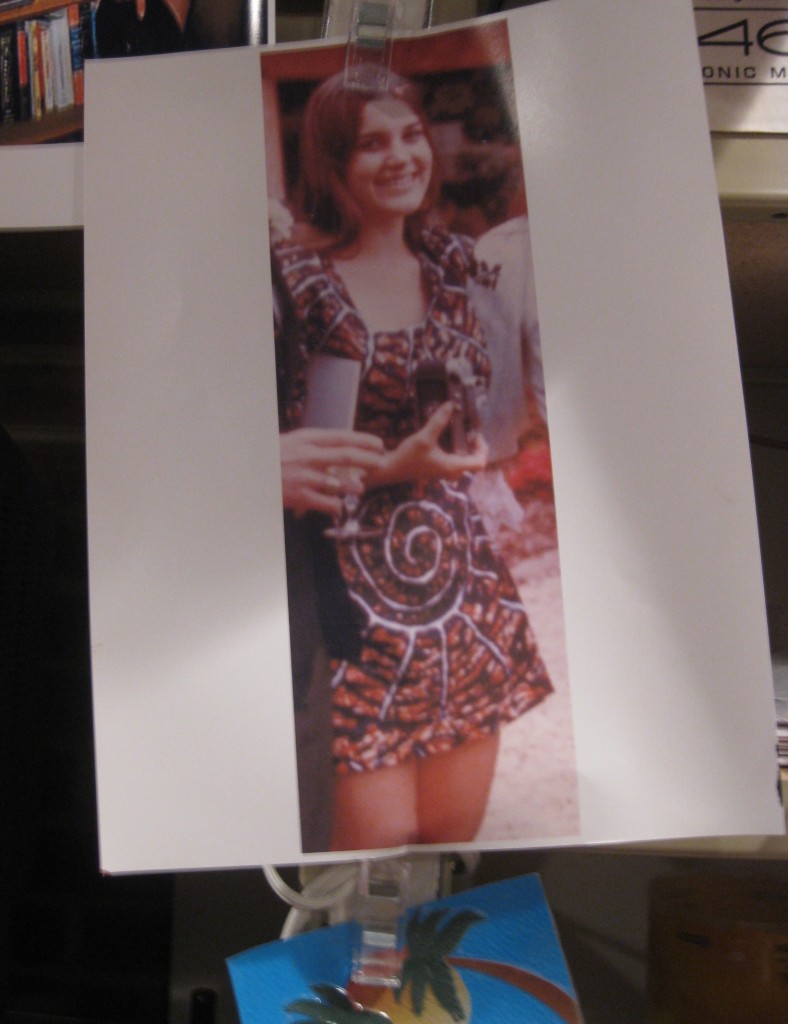 Clue #4– Not quite a rubber ducky, but close enough.

Reference to an Orca Whale  toy I have decorating my bathroom. (It was part of a Barbie set  I got as a kid where Barbie was a Trainer at Sea World) 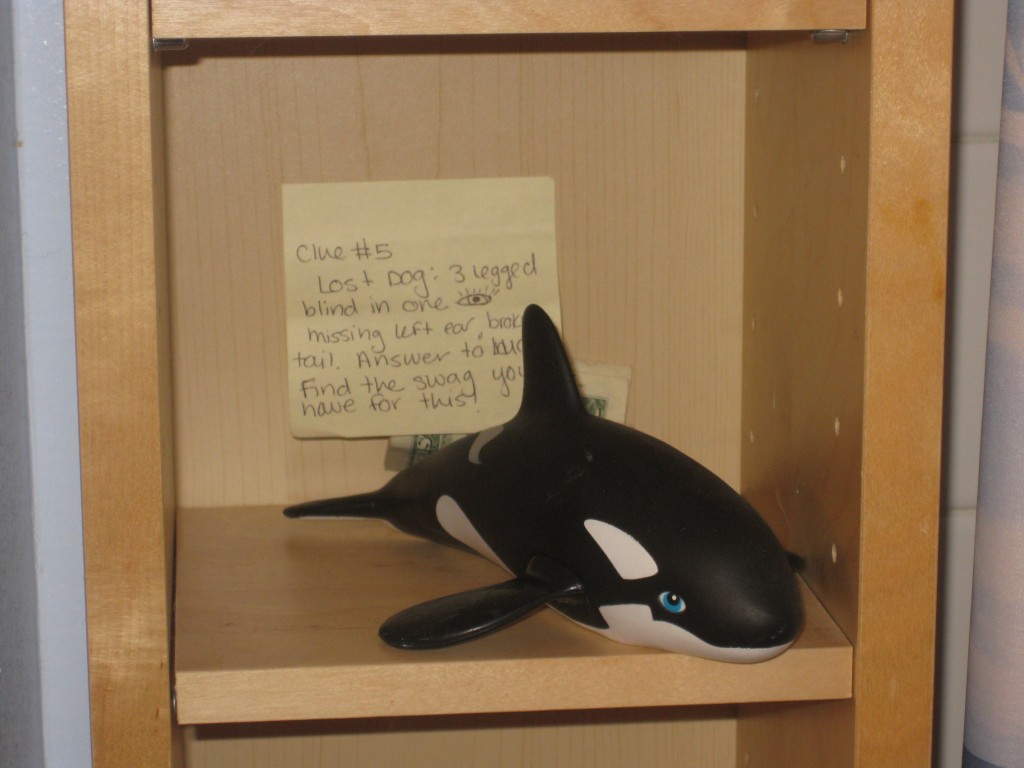 Clue #5: Lost Dog- 3 legged, blind in one eye, missing left ear, broken tail. Answers to Lucky. Find the swag you have for this!

In New Hampshire there is a bar/restaurant called the Lucky Dog Grill which my Dad has a hat from. He had to find the hat which had the clue was tucked inside. 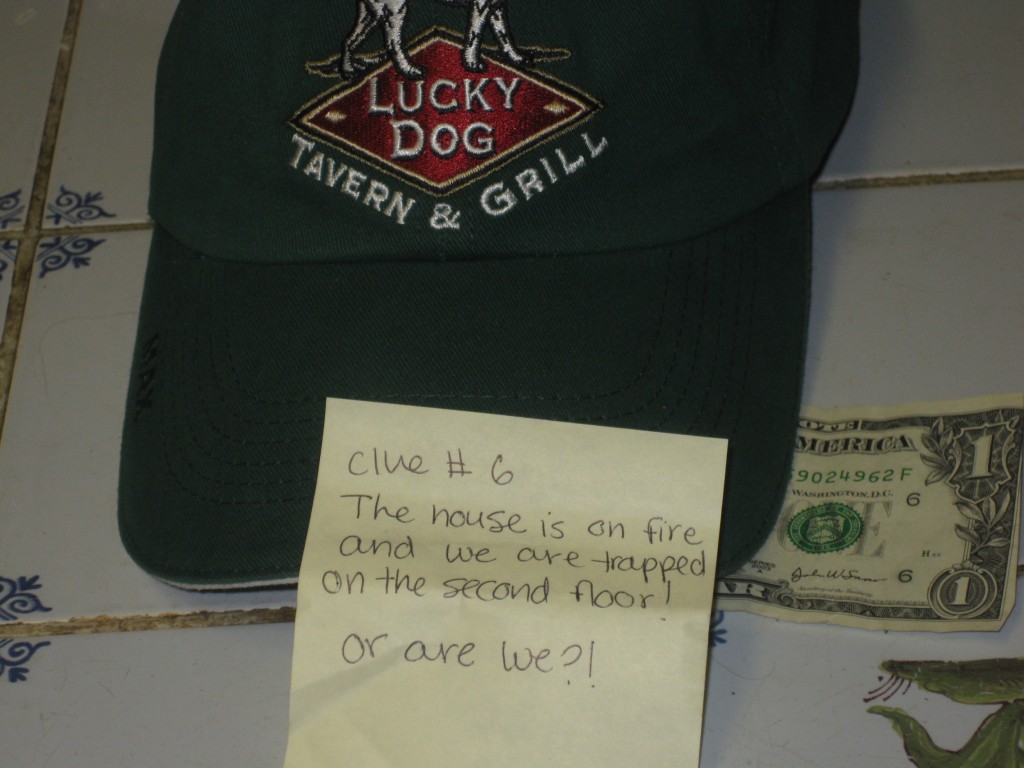 Clue #6: The house is on fire and we are trapped inside! Or are we?

Reference to the second floor where we have an emergency escape ladder in the hallway just in case. 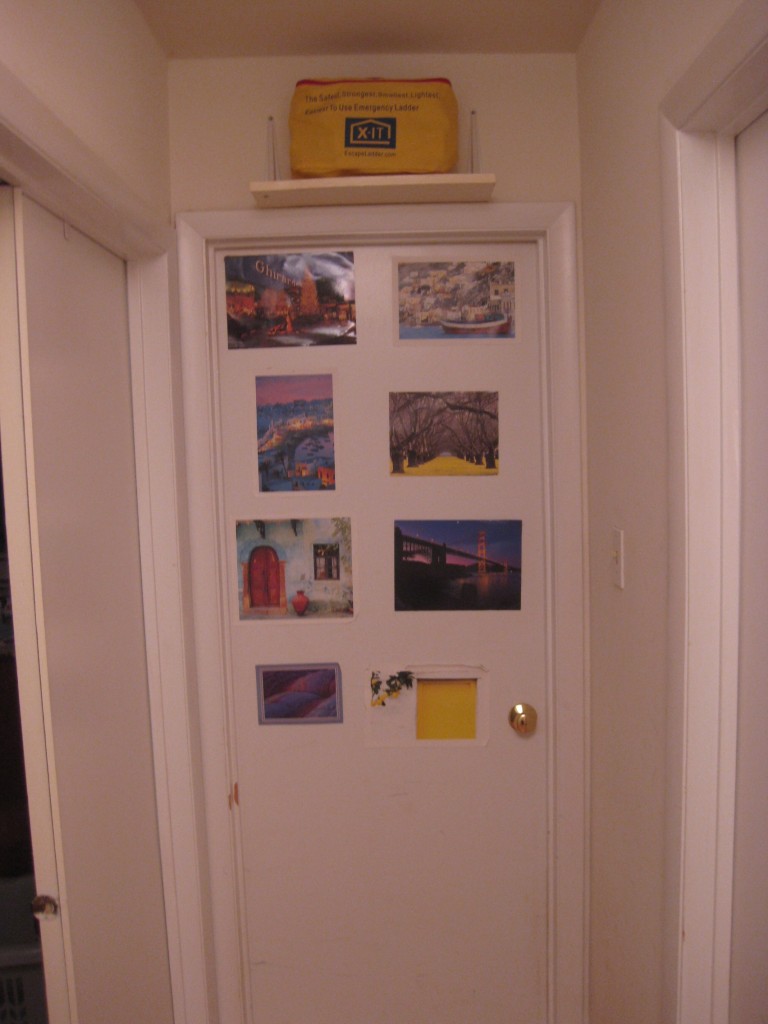 Clue #7: This fairy gives 25 cents for each one you lose. Where would Mama Sophia put hers?

Dad had to look under a pillow my Mom uses, which in this case would be under the pillows on the daybed in my mom’s office. 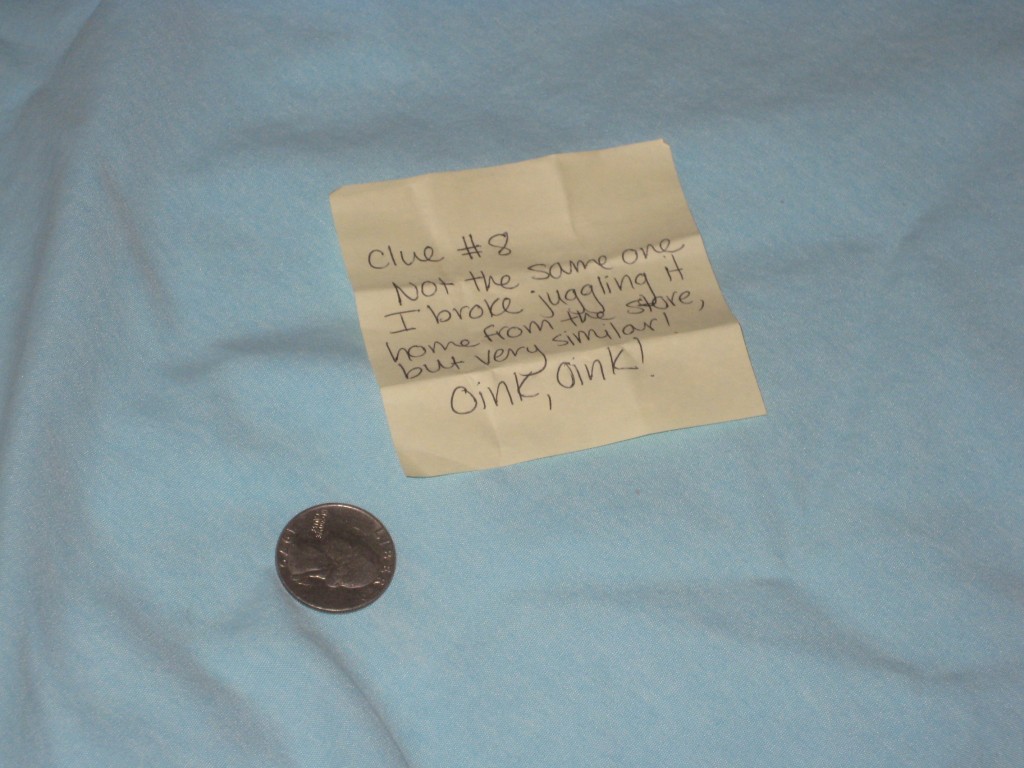 Clue #8: Not the same one I broke juggling it home from the store but very similar! Oink, Oink!

Reference to a piggy bank in my room. The clue was taped to the bottom of it.   (The first piggy bank I ever had my Dad bought it for me. I broke its ears off carrying it home because I swinging the bag around. We had to go back to the store and have it replaced the same day.) 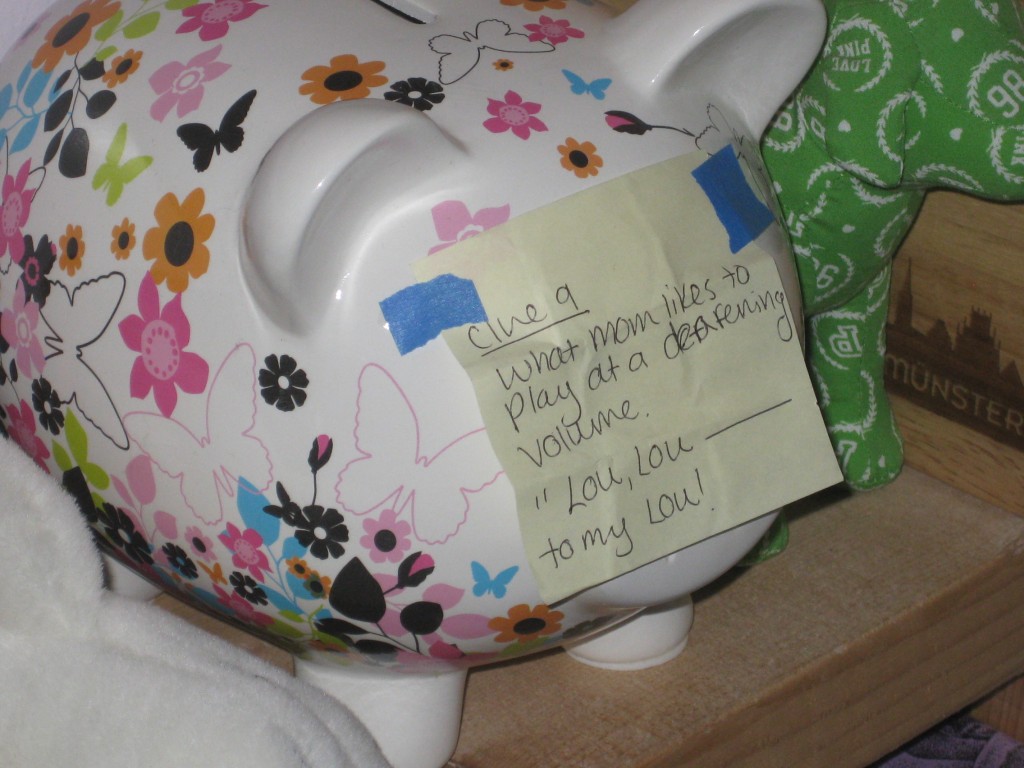 My mom likes to play her player piano in the living room at extremely loud volumes. My dad had to look in the piano bench and find the music book that had the song “Skip to my Lou.” 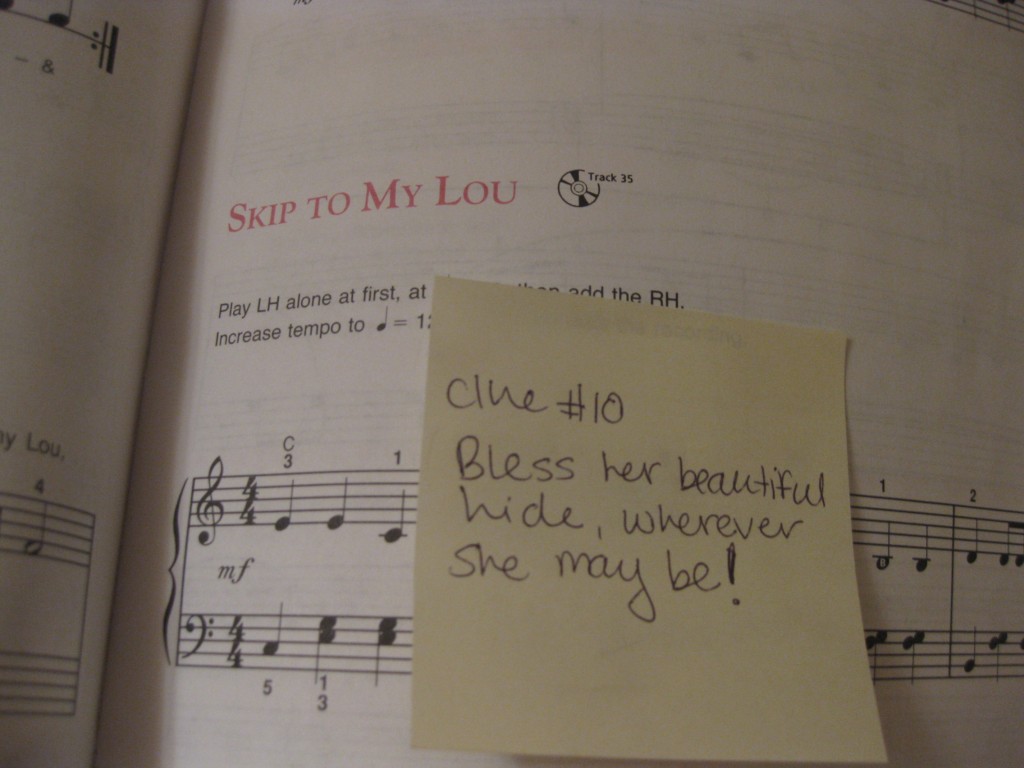 Clue #10: “Bless her beautiful hide, wherever she may be!”

Reference to an old family favorite movie, “7 Brides for 7 brothers.” He had to find the movie located among many movies in a giant bookshelf. 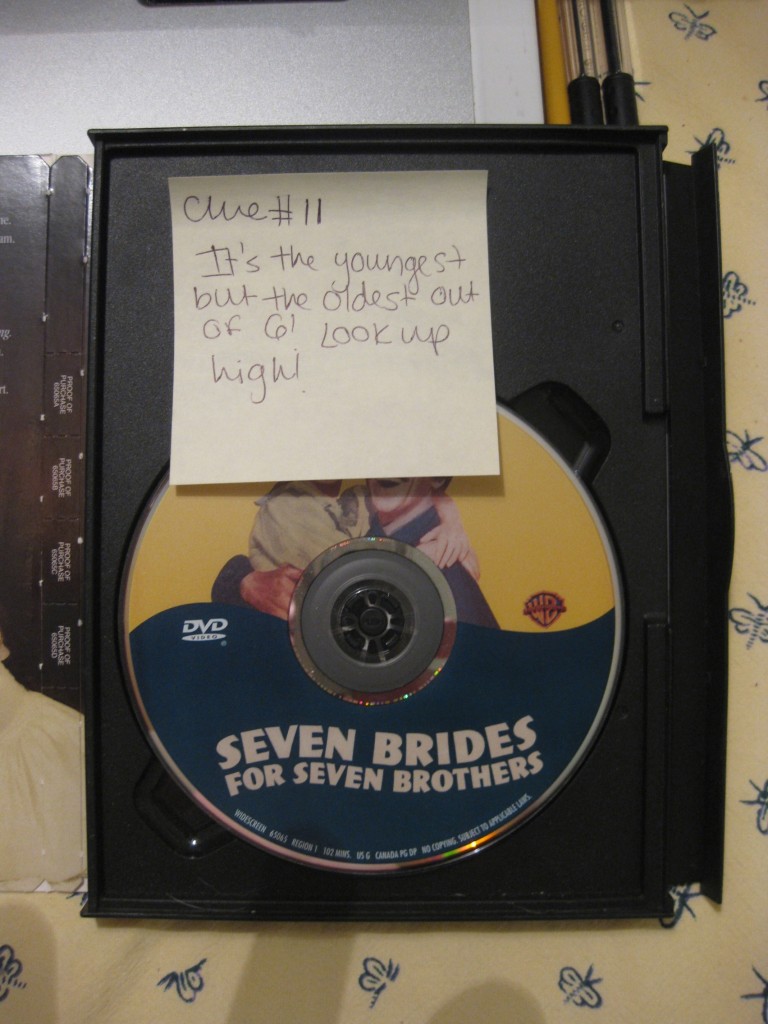 Reference to my mom’s “new” used car which makes car #6 for our family of five. He had to look in the visor for the next clue. 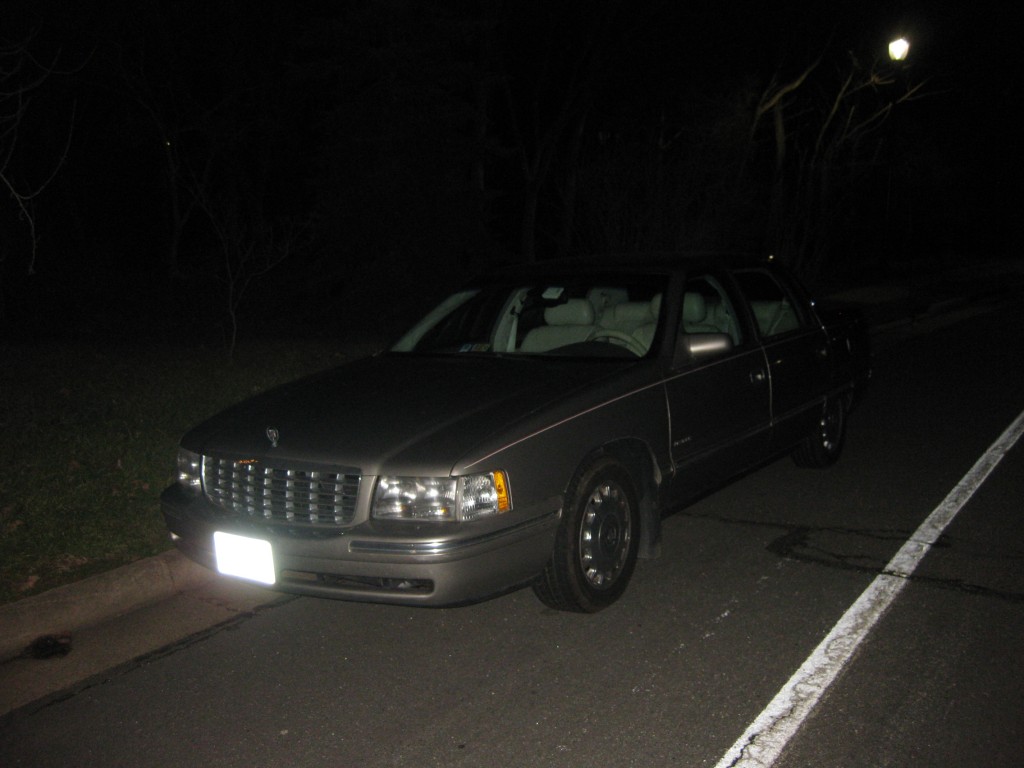 Clue #12: The end of the game! Leading you to the most important treasure of all. What I was going to throw out in NH before you rescued it.

Reference to a little chalkboard I was going to throw out while cleaning the kid’s game room at my grandma’s house. My Dad decided he could use it and saved it. It was currently sitting in the living room, leading him back to the same room where the hunt began. 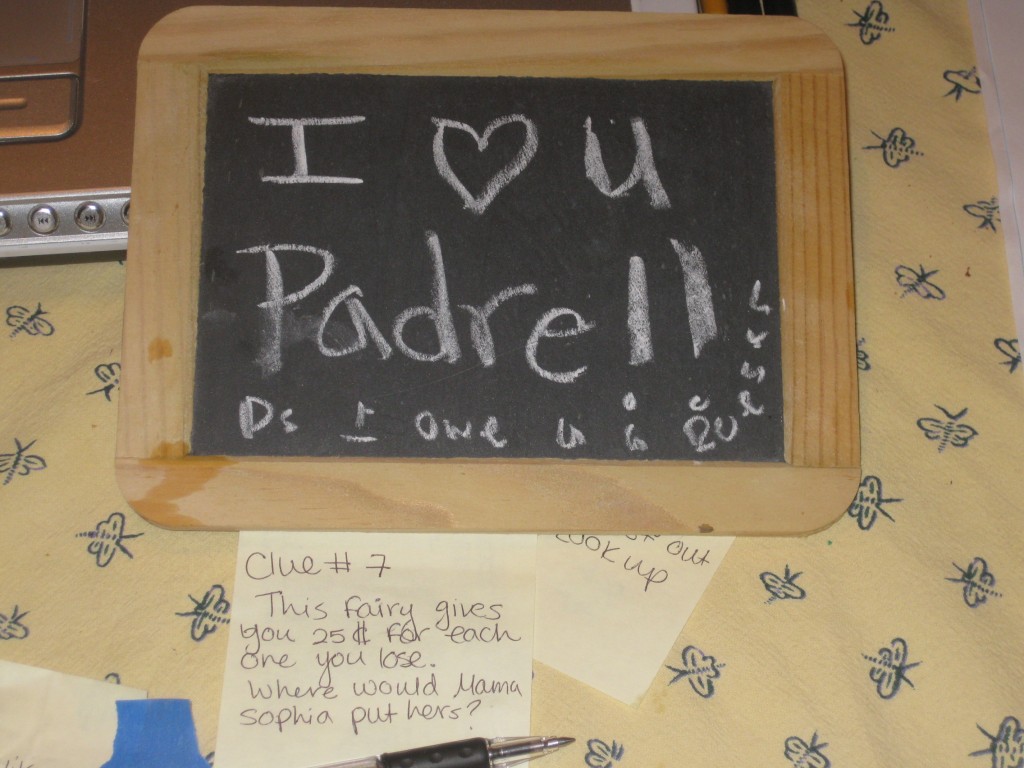 I love you padre! ps. I owe you a reeses.