Freedom to me (Team USA) is having my own car. With my own card I am totally independent; I can go where I want when I want. If I’m having a crummy day I sometimes just hop in my car and go for a drive to mellow myself out and think about my problems. I love how here in the U.S.,  having a car makes everything convenient. If I want to go to go visit friends in say  Fredericksburg, all I have to do is drive for an hour and a half and I am there. I don’t have to worry about relying on others to get to where I want to go and I can listen whatever music that fits the mood I am in.

In contrast, for Marieke (Team Germany) freedom means having a bike.

In her own words on why this is so:

– I can go wherever I want to (at least in my town), without depending on anyone other than myself (muscles and energy).
-I love to pass all the cars when they are stuck in traffic
-With my bike I can go through a red light once in a while; it’s not as severe as going through a red light with your car.

-It’s so nice to cycle in summer.
-I always have the best ideas when cycling; for me it’s like meditating. I make up stories in my mind and they are always positive. When I was living in Hmaburg [second largest city in Germany] and had to go with the metro everywhere I was never in a good mood .
-All my friends have bikes, we can go together but I can leave whenever it suits me.
-And in the end I can still ride my bike home even when I’ve been drinking.

Most of Marieke’s reasons fit along with this diagram chart (taken from this source):

While we both have different definitions of freedom, it is clear to us why we think the way we do.

In suburbia American to get along without having a car is a difficult task. Most of the time the grocery store or our work is too far away for us to reasonably cycle to (although, perhaps not impossible). Also, the U.S. is such a car orientated culture. Do you ever see an ad on TV for a bike? Our road infrastructure is generally not set up to be bicycle friendly.

The housing situation is also very different. In the U.S. people like to have their houses as big and as far away from their neighbors as possible. German houses tend to be a lot closer together and more compact.

Muenster, the town that Marieke comes from, is known as “the bicycle capital of Germany.” There is at least two bikes per resident of the town. That’s a whole lotta bikes for a city with over 279,803 residents (taken from 2010 survey).

Obviously there are advantages and disadvantages for each mode of transport:

Cars pollute the environment, cause ceaseless traffic jams, and are expensive to own and maintain. Also, say if you  go out drinking at a bar with some friends, you always have to make sure you have a designated driver to take you home (or the money to pay for a taxi).

Bicycles are no fun to ride when it is super hot/humid or freezing or raining outside,  and if you happen to be injured, not a great way to get around. If you have to go a long distance, it is not always time efficient to go by bike.

Definitely the U.S. needs to build up more public transport. I myself cannot wait until the Metro lines is extended out to Dulles Airport. Instead of driving 35 minutes to a metro station then metro-ing in to DC, in a few years I can take a metro about 15 minutes away from my house to DC, thus reducing the amount of car traffic on the road.

I also wonder if my definition of freedom will change the day scientists find a much better alternative to cars as a means of transportation (teleportation, anyone?) 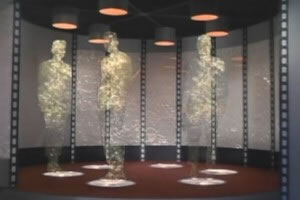