I’ve been meaning to post this for a while, but for some reason had gotten totally distracted and forgotten about it until now.

Every so often I check to see how people have been linked to my photos. One day I found that some of my Rainbow Brite photos had been linked to this online game. I was intrigued and decided to check it out.

The game is  called “Top Tilers” . 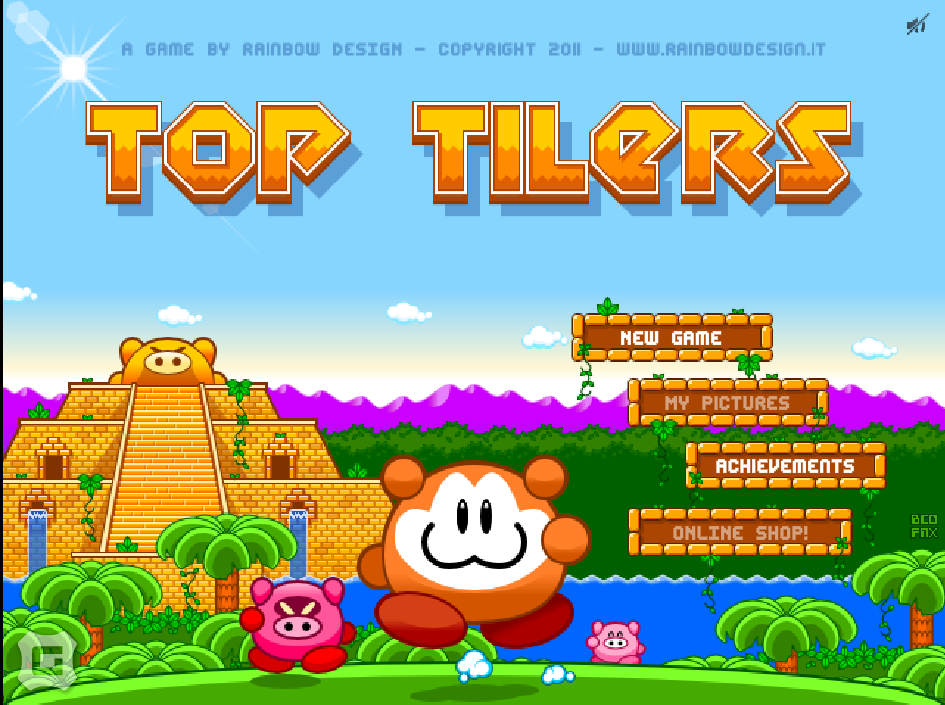 In this game  the evil Porcine army has stolen the top ten photos of a certain subject off the internet. Your task is to “rescue” these photos by going through 10 levels, with each level getting progressively harder. The game starts off by asking the player to write a few keywords, then it uses those keywords and pulls photos from Flickr’s creative commons. Take, for example the keywords “Rainbow Brite” 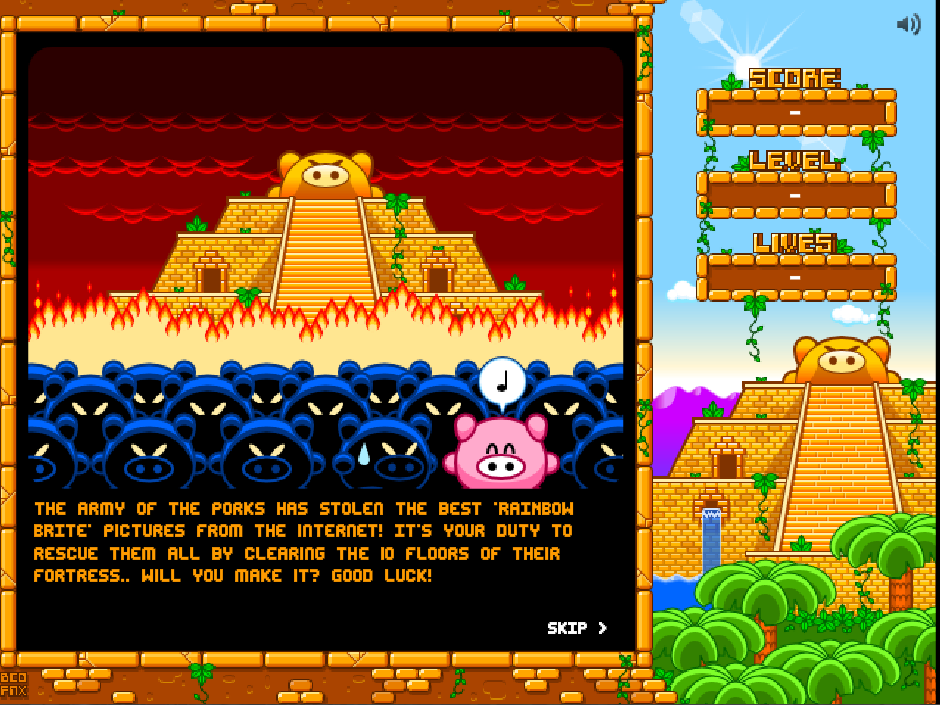 Your task is go around each level and get rid of all the boxes. 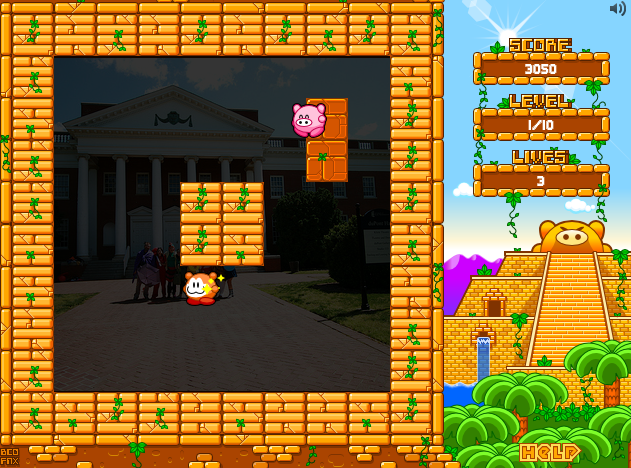 If you do this without being caught by the Pig Guards, you save one photo and are able to advance the next level. 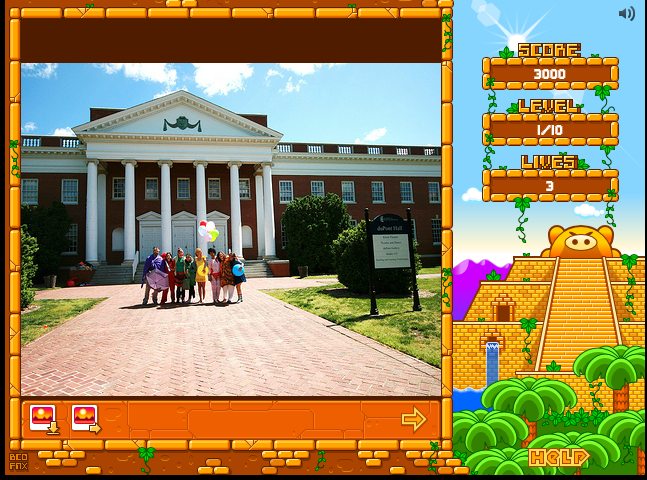 What I like most about the game is that you can customize your search terms. I could type in “DS106” or “Jim Groom” if I was so inclined and then play from there.

Also, the game allows you to save the photo you “rescued” from the pigs if you want and also gives you the opportunity to go to the author’s flickr page. It’s a great way to get exposure as an artist and also it’s really fun to play.

I was addicted for a while because it took various attempts to reach level 10 and rescue all the photos!