I was meaning to post this while in Australia but apparently forgot about it. These are from the early days in OZ with my new thoughts in BOLD

1) The Money looks like Monopoly money. The notes are smaller than American bills and for some reason the 50 and 100 dollar bills, even though they are different colors than the 5,10, and 20 notes are longer. 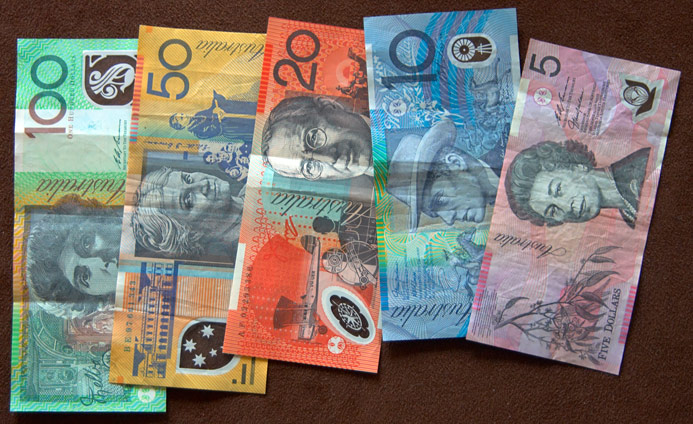 I have to say that after returning to America, it took me a few days to get used to the money. I believe I have mentioned this before in a post, but I couldn’t believe how small are coins are to the OZ ones. Even their 20 cent coin is bigger than our 25 cent! Now I am used to it, but wanting our money to become more colorful! Psh green. Oh and Pennies which I once claimed were awesome: no they are just a pain. I am now for abolishing pennies in favor or rounding to the closest 5 cents.

2) The toilets, both here and in NZ have a 2 button flush system. The first is a half flush, just for pee and the second button is a full flush for poop. This makes a lot of sense to change the water pressure based on what you are flushing and I wonder if America will pick it up one day. It certainly conserves water!

3) Vegemite: Half of the Aussies I’ve talked to love it, the other half hate it. I have yet to try it (hopefully will try it sometime this week) but most Aussies agree that I will hate it.

I tried Vegemite and it was a mistake! So disgusting. The thought of it now makes me gag. Whatever you do, if you ever try this nasty product, do not try it on a sailboat you will remain on for over 24 hours. You will regret this moment if you do.

4) During my first couple of days in Australia, I had two different people tell me they thought I was Irish because I have an “Irish Accent”. No idea where this is coming from, except when I was talking to these people I had a bit of a cold so my voice sounded off. But Irish? I think not.

I also towards the end started getting a lot of people thinking I was from Canada instead of US, which I encouraged because its fun to pretend you are from another country!