I really like this past weeks daily shoots! I actually remembered to take them the day they were assigned (always a plus!) and they are all so different which is cool.

I think the biggest reason why I like them all is because they perfectly seem to represent each day I took them. Normally that doesn’t happen.

These aren’t picture in the actual order I took them  but if we go through the list:

Friday– Computer (had computer issues and thought my computer was tostitos toast!)

Sunday- Bubble Boy (friends came over for dinner/ studying and then we took a study break to blow some bubbles.)

Tuesday- Bunny photo (went to Passover Seder at my Roomie’s house and then her mom gave us all Easter basket too– They have jewish/catholic household, best  celebrations of the 2 religions 🙂

Wednesday— Sad Karen (SO MUCH HOMEWORK TO DO IT IS RIDICULOUS. Hence the all caps and the sad face D: )

Let’s see what magic I can come up with in terms of taking photos during finals week! Wish me luck girls and boys….

Sorry for not showing you any love lately. All my other classes have been bogging me down lately and it’s all I can do to stay afloat! But, since I turned in on Tuesday a paper that is worth 35% of my grade, I will have slightly more of a breather before finals! This means I can comment more on other people’s blogs and try to get some other assignments posted that I’ve been wanting to do but haven’t got around to it yet. :]

On a side note about my final project, I’m kind of sad about this week.  I accidentally forgot to take photos for two days because I was so busy working on my paper. D:  So that has kind of ruined my taking a photo every day for 365 days project. >.<

BUT, I did take extra photos on the day after the forgotten photo day, so I guess that makes up for it?

Anyways I uploaded a week’s worth of photos today to flickr so check it out:

This is my favorite of the week.

Oh and exciting news! The Winter Issue of Aubade just came out and I had two of my photos published in it! So pick up a copy on campus somewhere.

And, I had a couple of my photos accepted to Spurt Literary Magazine (another UMW Lit Mag). I’m pretty excited about it (:

So Friday’s daily shoot was “Illustrate Attraction in a photograph today.”

Really wasn’t sure what I wanted to take a photo of for this and eventually almost the whole day had passed and I still hadn’t taken anything. But finally inspiration hit when I checked my mail. My Australian friend Rose sent me the perfect postcard for this assignment which she got in the National Museum of Australia.

Passion, like love, attracts and is attractive. Full of longing and desire, a passion for someone or something–intense love or an outburst of anger– can become so strong it’s barely controllable. If you feed this raw appetite, passion can tip into obsession. Once aroused, in all its fervent keenness, passsion can be something to relish. Eternity.

Awesome. 🙂 All I had to take a photo of this postcard and I was done. But then I talked with my suitemate Karen who thought just taking a photo of the postcard was a lame and  cheesy cop out. Damnit! 🙁

Time to step it up a notch.

I decided to put it on a white board and decorate it with other things related to attraction. A heart with wings popped in my head. Then DS106. It’s kind of an obsession, right? (Maybe I feel this way because I am doing a daily shoot everyday and thus I have to think about #ds106 ALL THE TIME…. i_own_your_life is right.)

And then I realized that this was all a cheesy cop out because it wasn’t a super awesome, visually interesting photo like this one.

Hence The Attraction Chart (TM) was developed. A Cheesy Cop out, but one that was better than my original idea which is always a plus. 🙂 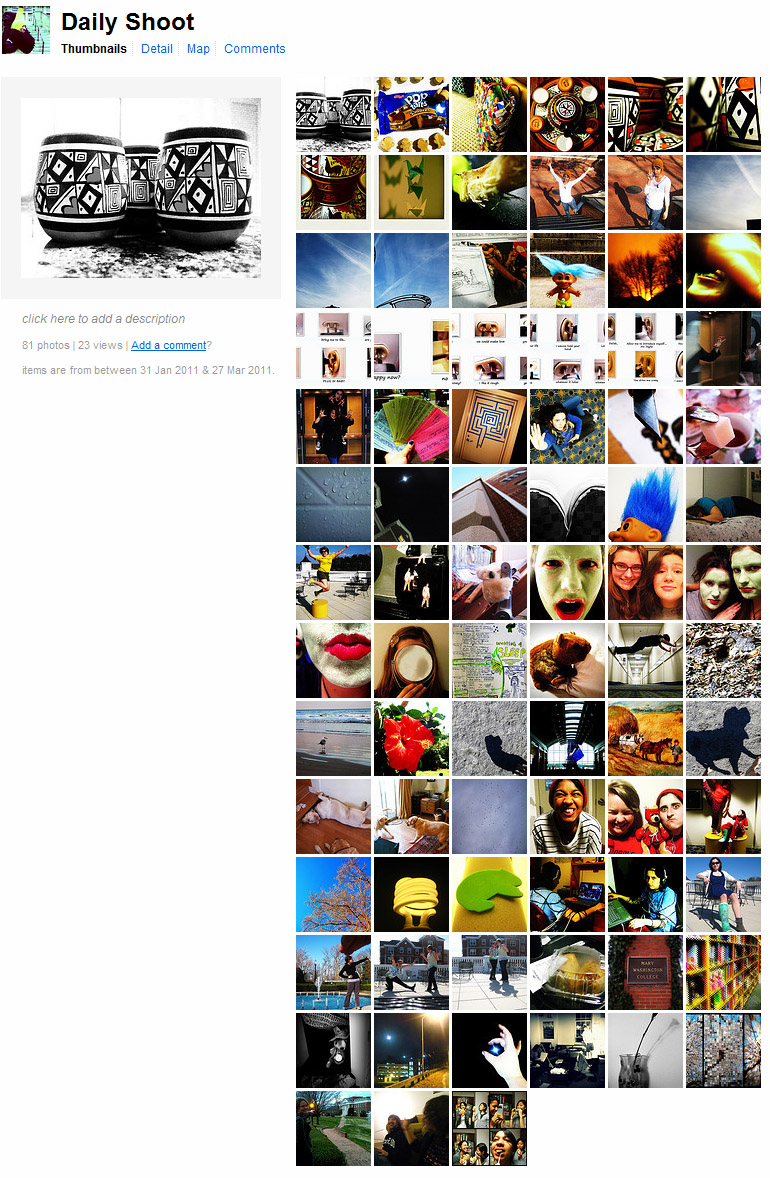